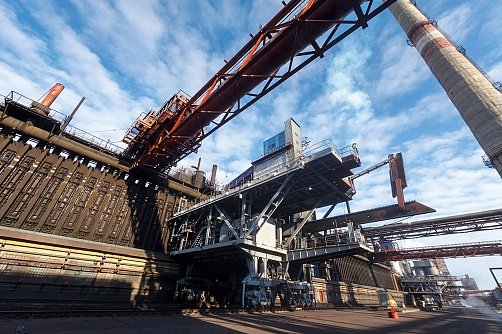 The implementation of Operational Efficiency programme based on the tools of NLMK Production System allowed saving over 60 million rubles in 2015. Such results were made possible thanks to the suggestions for the production improvement from the staff, A3 projects to solve issues, and development of lean production tools.

The staff's suggestions for improvement

The workers of Altai-Koks only in 2015 submitted over 70 suggestions for improvement out of which about 40 were acknowledged as being efficient and put into practice. The new control circuit for the coke-supplying path, developed and imtroduced buy the plant's staff, in particular, allowed an economic gain of about 900 thousand rubles though a reduced consumption of electricity and a lower workload of the equipment. This suggestion was made by Sergey Orlikov, a foreman of the Coke Shop. Another beneficial idea was proposed by Viktor Smutkin, a mechanic and repairman of Heat and Water Supply Shop. It's goal was to extend the life of existing equipment.

A3 projects leading towards problem solving over the structure outlined on an A3 single sheet paper brought in tangible gain on reducing the cash cost and improving the product quality. The plant executed seven projects of this kind in 2015. One of the most large-scale projects on decreasing the specific consumption of electricity per one tonne of coke allowed saving over 21 million of kW/h. This volume of electricity is equivalent to annual electricity consumption for 26 nine-storey buildings. This gain was made possible due to the changes introduced to the scheme of coal charge crushing for the production of coke.

Six Sigma (6S) system
Six Sigma system has been introduced to 63 production areas at Altai-Koks. This is one of the tools of lean manufacturing allowing significant improvements in the efficiency and manageability of the workspace, as well as labour quality and productivity through decreasing production losses. Last year alone the 6S projects together with sorting of the materials used in production allowed collecting and selling of 145 tonnes of metal scrap worth about 1 million rubles.
Introduction of new materials

One of the goals of the new Production system at Altai-Koks is to find the best modern materials that will enhance the durability and performance of the machinery and extend the life of various production lines. For instance, in an experiment carried out in the capture shop the pipeline of new reinforced polymer confirmed its resistance to wear in a corrosive environment. And the tests of the conveyor belt installed in the coke shop confirmed its high strength. The replacement of arc mercury lamps with LED in the car dumper of the coal preparation shop only allowed reducing the energy consumption in the main production lines by 10k kW/h.

Join us in social media

Our company uses cookies to analyse and improve the user experience. Continuing working on our site, you confirm your consent to use cookies files. Press “Allow” button to hide this message.

Principles, purposes and rules of processing your personal data as well as information on the measures taken for their protection can be found in NLMK’s Policy related to processing and protecting personal data.

You can forbid saving cookie in the settings of your browser.